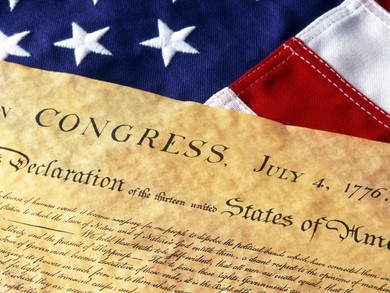 Road to Revolution -
Were the colonists justified in declaring independence?
Graphic organizer for planning Essay of Colonists' reasons for Declaring Independence
Monday,Tuesday, and Wednesday, 9 - 11 November 2015
​I reviewed with students the question they were writing their essays on: Were the colonists justified in declaring their independence? We all agreed we knew three reasons why they had reason to declare independence. Then we looked at the graphic organizer they would use to plan their essay. The graphic organizer is attached above. we talked about a logical order for the causes being either the chronological order that the three causes they chose occurred in or in order from least to most important. Having thought about the three causes that they would like to write about and the order they would do them, students then received back their document test and their document planning sheet, so that they could find documents that supported those causes. we reemphasize that the Declaration could not be used as a support as we couldn't use the Declaration to justify declaring independence. We also said that Locke's right of rebellion just said all people have the right to rebel if their government is abusing their rights, but our question is was the British government abusing the rights? Students then worked on their graphic organizer planning their essay and asked me questions while they worked. Finally students wrote their essay from their graphic organizer and highlighted it for structure, turning it in with their graphic organizer when they were done.
HW - Students should continue to think about the essay they are planning, as they have the ability to reexamine their cards/slides to build what they will say to develop the three causes they are writing about and think about a strong concluding thought on the idea of revolution in general.

Monday - Friday, 19 - 23 October 2015
Monday
We looked at some clips of political satire covering current political candidates for the Republican and democratic presidential nominations. I returned all Quizzes on the first ten topics of our Road to Revolution and reviewed the grades given for the card/slide check on Thursday, noting that all Google Docs must be made into flashcards in order to quiz oneself from the Doc and all Google slides must have one slide with the topic and image BEFORE another slide with the notes again so that one can quiz one's self from the presentation. those with Google Doc and no flashcards or Google slides in which the topic and image were on the same slide as the notes were not given full credit. Finally we reviewed the three types of economy today and discussed the fact that these were developed after the colonial period and then reviewed the idea of a mercantile economy, a colonial economy in which the colony's economy was controlled by the mother country. We then read about the Navigation laws passed by Britain around 1750 to but mercantilism into full practice.
Homework - Students should complete their flashcard/slides on the Navigation Acts.  This should give them a total of 13 flashcards (or 26 slides). All topics and notes are as always posted above.
Tuesday
We watched a video and discussed the French and Indian War and Chief Pontiac's War ( A summary is posted above.) and the discussed the British reactions, drawing the line along the ridges of the Appalachians and telling colonists not to cross it (The Proclamation of 1763) and passing taxes directly from Parliament instead of collecting taxes through colonial legislatures. We then previewed th Sugar and Stamp Acts, which we will read abut, discuss, and take notes on tomorrow.
Homework - Students should have 13 flashcards (or 26 slides); all topics and notes are posted above.
Wednesday and Thursday
We read about viewed videos, and discussed the Sugar Act and the Stamp Act, the Declaratory Act, and Townshend Acts, focusing on the governmental strategies of indirect and direct taxation and taxing only luxuries, the right to have taxes only coming from our representatives from the Magna Carta, and colonial protests.
Homework - Students should have 16 flashcards (or 32 slides); all topics and notes are posted above.
Friday
Students met with a partner or two partners and read about and discussed violations, establishing what right had been violated, where that right was established and how and why the British would have committed the violation. Once students had a chance to discuss a violation, we shared our ideas as a group before moving to the next violation. At the end of the hour, we worked on notes for the first two violations, the Proclamation of 1763 and the Quartering Act, and students will make slides or doc/flashcards for these two topic this weekend for a total of 18 topics completed so far.
Homework - Students should have 18 flashcards (or 36 slides); all topics and notes are posted above. We will be finishing all the topics by next Thursday and thus students should begin presenting to their parents next Friday. Presentation grades from parents will be due on Wednesday November 4th and we will begin our test on the 4th. Students should expect another pop card/slide check and pop quiz next week.

Tuesday - Friday, 13 - 16 October 2015
Tuesday
Student in 1st and 2nd hours received their tests back, and we went over the essay. Students in other hours sat with a partner and we reviewed all out topics so far from memory, partners first sharing the next card from memory and then a volunteer reporting it out on the Smartboard. We then completed out topics on colonial self-government and began our set of topics on new colonial belief with the belief in freedom of religion and separation of church and state. we now have a total of 9 topics. I told each student in each class whether I had received a Google Doc or Slide from him or her. Some needed to rename as their name did not fit the naming protocol; others had not shared anything with me. (Ex. or correct name "6 RtoR J.Smith" and share it with me at vfitzgerald@rcs-k12.us.) Students know that they will get a grade for have started the Doc or slide, a grade for having all topics done so far made into flashcards or a slide presentation and a pop quiz this week.
Homework - Complete flashcards or a slide presentation for all 9 topics so far. Notes and list of topics completed so far are posted above.
Wednesday
We addressed the topic of Freedom of the Press, watching a video and completing the notes, and previewed the Topic of Locke's Ideas about Government.
Homework - Complete flashcards or a slide presentation for all 10 topics so far. Notes and list of topics completed so far are posted above.
Thursday
​Students practiced quizzing each other using our 10 flashcard for our topics so far while I checked in everyone's flashcards. We then discussed the Enlightenment and John Locke's theory of government. Students took these notes/
Homework - Students should be studying their cards in preparation for a quiz. Students can completes their card or slide for John Locke's Theory of Government. This should give them a total of 11 cards.
Friday
Students had a few minutes to look over the cards for those topics they have a harder time hanging onto and then took their quiz on our first ten topics. We then reviewed the governmental theories of John Locke and checked their ability to explain the cycle of dynasties. Students completed their notes for the John Locke topic card. We then began to look at the conflicts that began to arise, starting with the idea of the colonies existing solely to build the wealth of the mother country, the topic of mercantilism.
Homework - students should complete the cards for John Locke and mercantilism fr a total of 12 cards.

Video Depicting Loss of the Bill of Rights
Ideas for chart so far
Grading Sheet for See Think Wonder
Tuesday - Friday, 8 - 11 September 2015
Tuesday
In class, we will go over the course outline and do an activity to get to know one another and orient ourselves to topics we will address this year.
Homework - Students need to download the course outline, print it, have it signed by their parent and sign it themselves, and turn it in in class. If they cannot print it, they must have their parents email me to indicate that they have been to the website and seen the course outline but will not regularly have the ability to print materials at home this year. I am trying to make sure students and parents make use of the website. Materials in the future will be printed for students in class as well as loaded on the website for home access.
Wednesday
We took the pretest and students wrote me a note about something they thought i might want to or need to know.
Homework - Course Outline? See Tuesday above. Paper bag to cover book.
Thursday
After discussing the goals of visble thinging routines, we began a See Think Wonder (Deductive Reasoning) Activity looking at a map of Roanoke. We examined a map of Roanoke, the first settlement, making observations about things we saw on the map that might reveal of its settlers and drew some conclusions about what these things we noticed might reveal.
Homework - see Tuesday - Course outline will be collected tomorrow and we will have some time to wrap books.
Friday
Students worked to complete a See Think Wonder activity on maps of the first three settlements, relying on the thinking we had done together yesterday as a guide, either recording our thinking as a group or recording some of their own thoughts. This was collected at the end of the hour and is considered late of it was not handed in.
I collected course outlines.
Students who completed their See Think Wonder activity early began to wrap their book.
Homework - Students should wrap their textbook using the method displayed in the video below, if they have not already done so.